Hummus Is The New Mayo 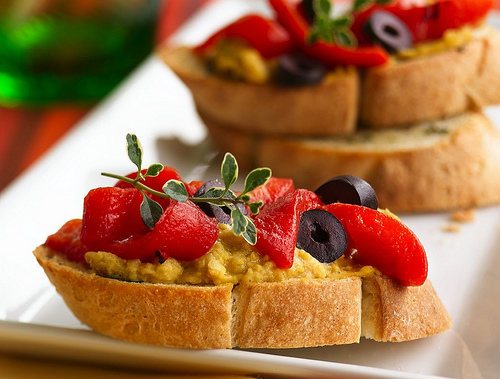 One of my last dietary high-fat holdouts was mayonnaise. I’d switched to Veganaise years ago, so at least had moved away from eggs in the recipe, but the fat content was no less than good ‘ol Best Foods.

Once I’d made the decision to opt out of “mayo” altogether, 2 things took place:

1) withdrawal from the taste and texture perk my Veganaise provided.

Let me save you some time if you are in the process of, or considering, same:

1) withdrawal: frankly, this just takes time. I missed Veganiase on sandwiches, as sauce base, in salad dressing – for about a month to 6 weeks. Then it faded. Then on one occasion I took a bit off the wrong plate – the one with the mayo in the dressing – and was astonished at the grease feel in my mouth. A little awareness of how we become accustomed to tastes – and then learn to love them (there’s a BIG lesson there).

2) substitute: let’s face it, if you are trying to take something that is composed almost entirely of eggs and oil without the use of eggs and oil and have it taste the same, you are in for a huge disappointment. I even tried Nasoya Nayonnaise and had to return the jar. It was SO not the point. Maybe it’ll be up your alley, but for me, it wasn’t even in the same traffic zone.

Then a moment of enlightenment.

What I needed was not a substitute for mayonnaise.

I needed a replacement. Aha!

I changed my quest from “substitute” to “replacement” and connected spread, sauce, and their like to similar properties of other gustatory loves.

Now, I have hummus on hand in the fridge all the time. At least twice a week I whip up a batch and it is so darn easy to make. There are a gazillion variations on hummus, some of which I’ll note as add-ins, and no doubt there are pages of variations on the hummus theme of which I haven’t heard. If so, you must enlighten me!

Into the food processor:

For a richer version:

Whip it up and you’re done. The sesame butter sexes it up a bit and is divine, for those occasions when a little more fat on the plate is OK.

This is where it gets even more fun. This hummus works as:

Believe it or not, I now hanker after this addition to many meals just as much as I used to do the same for mayonnaise. Personal proof that old habits can be changed, and tastes can be remodeled. I call it “realimentation”.

And when you finally “get” it that you carve your figure with your fork, and that the fat you’ll eat is the fat you’ll wear, a serious search is so worth the effort. Engineering oil out of your diet may take some forethought but is not near as daunting a task as you might initially imagine.