The Anti-inflammatory Effects of High Intensity Exercise: More Reasons To Go For The Burn 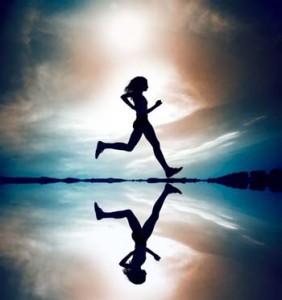 And though inflammation is a natural and necessary way that the body stimulates healing,  when inflammation becomes continuous and chronic, it becomes damaging.

The most common causes of inflammation in the body are physical inactivity and diet.

And until recently, high-intensity exercise has been considered a factor in inflammation as well.

However, new information tells us we’ve only been seeing a part of the picture.  This is good news!

Exercise scores again:  a new look at the evidence

For some time, high intensity exercise has been seen as a source of inflammation to the body.  By high intensity, we’re talking something that pushes the muscle to perform and makes you reach deep to build new muscle:  interval training, intense resistance training, long distance running.

The kind of training that you know from the burn you feel in the muscle that you’ve pushed it to be something it wasn’t quite before.

Yes, this natural response is inflammation at the muscle as the body scrambles to repair and build new muscle (see Taking the mystery out of how muscles are made).

However, that’s just a piece of the puzzle.

This “pro-inflammatory” view has also been adopted also due to the detection of  the release in the body of myokines, a type of cytokine, as a response to muscle contraction.  And cytokines are seen as pro-inflammatory markers.  One cytokine that has been correlated with high intensity muscle demand is one known as IL-6.

But hang on a minute. This IL-6 release in response to intense exercise is evidently not the whole story.

Though the release of cytokines as been lumped together as pro-inflammatory when detected in the system, evidently it makes a difference what the cause of the cytokines release happens to be.

Are you still with me here?  Let’s take a closer look.

Whenever we move, our bodies release signaling molecules that communicate to the rest of the body.  Muscle, like fat, has been proven to have endocrine properties. When it comes to muscle, myokines are released in response to voluntary contraction of the muscle.

These myokines give instructions to the body about how to function, and they hold the key to controlling chronic inflammation. The most important myokine related to muscle and inflammation is Interleukin-6 (IL-6). When muscle contracts, IL-6 is released. (4)

The myokine IL-6 has previously been linked with a pro-inflammatory response in the body.  It was thus concluded that intense muscle workload, stimulating the release of IL-6, was inflammation inducing.

But as it turns out, intense exercise is good anti-inflammatory medicine. What we’re finding out is that when IL-6 is released during intense muscle workload, it is unique in that as part of this response, major anti-inflammatory inhibitors are released as well.

Thus, seeing the complete picture (anti-inflammatory cascade) rather than part of the picture (IL-6 release) makes a huge difference in how we can classify the effects of intense exercise.

IL-6 is a well-known cytokine and has long been thought to be inflammatory in nature as part of what is known as the inflammatory triad: TNF-alpha, IL-1, and IL-6. However, like people, IL-6 seems to behave differently depending on its origin, amount, and other cytokines around with it. When released from muscle, and in high concentrations without TNF-alpha and IL-1, IL-6 is anti-inflammatory. In fact, IL-6 acts to reduce the amount of TNF-alpha and IL-1 in circulation by increasing the cytokine inhibitors IL-1 receptor antagonist (IL-lra) and soluble TNF receptors (sTNFR). IL-lra antagonizes the IL-1 receptor, decreasing IL-1 effects, while sTNFR binds up TNF-alpha before it can react at its target cells. At the same time, IL-6 triggers the release of the major anti-inflammatory cytokine IL-10.

Properly performed exercise releases signaling molecules that stimulate a unique healing response that couples both inflammatory and anti-inflammatory mechanisms to repair, regenerate, and grow stronger tissue.  Unlike drugs, which have single targets and ignore the web-like interactions in the body, exercise works with the body’s innate intelligence to produce broadly beneficial effects that improve whole-body function. High-intensity, short-duration movement that is tailored to the individual, uses short rest periods… may be the chief means of attaining anti-inflammatory effects from exercise. (4)

Increasing evidence demonstrates that persistent, low-grade inflammation is a predictor of heart disease, stroke, and diabetes.  Not only that, but experimental evidence shows that markers of chronic inflammation, such as the proinflammatory cytokine [interleukin 6 (IL-6) and tumor necrosis factor (TNF-)] and the acute-phase reactant C-reactive protein (CRP) play a direct role in the atherosclerosis and insulin resistance.

Initially, IL-6 was thought to be a pro-inflammatory cytokine but recent results have suggested that IL-6 has an inflammation-controlling role and is important to the return to homeostasis after an inflammatory challenge….Interestingly, recent findings have shown that strenuous exercise is also a powerful inducer of elevated concentrations of IL-6 in plasma

The health benefits of exercise are far – reaching: disease prevention, improved immunity, stress reduction, and improvements in sleep, mood, coordination, flexibility, bone density and insulin regulation.  Yet exercise that challenges the muscle also causes tissue damage, which causes an inflammatory response as the body’s resources scramble to repair and build the damaged area. At the same time, though tissue damage turns on inflammation,  inflammation also promotes necessary growth and renewal, which is a positive effect.   It is, in fact, the only way to build muscle.

Making more muscle cells via regular exercise is good for you in a lot of ways. In each new muscle cell, there is an increase in the size and number of mitochondria, the “powerhouse” components of the cells that provide energy.  And trained muscle cells become more efficient in their uptake and use of fats and oxygen from the blood.

Exercise also increases the proportion of energy derived from fat and lowers lactic acid production as they develop endurance.

In conclusion, regular exercise protects against diseases associatedwith chronic low-grade systemic inflammation. This long-termeffect of exercise may be ascribed to the anti-inflammatoryresponse elicited by an acute bout of exercise, which is partlymediated by muscle-derived IL-6.

. Moreover, IL-6 stimulates lipolysisas well as fat oxidation. The anti-inflammatory effects of exercisemay offer protection against TNF-induced insulin resistance.Recently, our group proposed that IL-6 and other cytokines,which are produced and released by skeletal muscles, exertingtheir effects in other organs of the body, should be named myokines. Here we suggest that myokines may be involved in mediatingthe health-beneficial effects of exercise and play importantroles in the protection against diseases associated with low-gradeinflammation. (3)

Several studies conclude that the levels of  IL-6 ideal for the anti-inflammatory response are best stimulated by exercise intensity.  Intensity that allow for periods of recovery within the session, such as interval training. Positive correlations have also been found between glycogen exhaustion of targeted muscles as a stimulus for the IL-6 anti-inflammatory cascade.

In other words, the kind of  exercise that uses short bursts of all-out effort that significantly alters muscle and dips into liver glycogen stores.  Such as when you dig deep into your reserves to work a muscle to its limit, pause to recover, then target another muscle or group of muscles.  Or when you do supersets, alternating muscle and muscle group activity.

There are other reasons that this type of activity is of benefit. Short intense bursts of exercise also stimulate growth factors – factors that offset chronic inflammation.  This is also the type of exercise that:

…creates a hormonal environment that produces sustained fat-burning as well as muscle growth.  The amount of glycogen reduction is directly correlated to IL-6 release, and high-intensity exercise is shown to increase IL-6 and catecholamines together.  Catecholamines have their own independent effect in lowering TNF alpha and IL-1, synergistically enhancing IL-6. Combining these known effects with techniques that can deliver the same benefit in less time presents the opportunity to supply these anti-inflammatory effects in short time periods.

Related studies conclude that any exercise, irrespective of the intensity and the individual’s cardiovascular fitness, will elicit an acute anti-inflammatory response. (5)

Obviously, more data on the effects of different modes and intensities of exercise on inflammation is in demand.

But if you have been concerned that the localized inflammation of muscle that occurs when challenging it to change via resistance,  apparently you can rest assured that this inflammatory response is not only necessary for muscle to grow, but a stronger anti-inflammatory response comes along with it, hand in glove. Previous limited views of the IL-6 factor have been preempted by this discovery only recently.

There’s more! Exercise induced IL-6 has multiple other positive effects on cortisol, adipose tissue, and insulin resistance.  The door has just been opened on this one.

There are several forms of exercise that by their nature perhaps have diminished IL-6 factor response in the first place, yet by their very nature of moving the body are powerful anti-inflammatory tools.

But as now know, the anti-inflammatory exercise window is bigger than we thought.

Want to be notified right away when the next tips and news are posted? You can, by subscribing to be sent Email Updates or RSS notifications.

Thanks so much for coming by. Please join me also on facebook.