Rockie the plant-based fitness mascot “Winter of my content!” (video!)

It’s Valentine’s Day, and Rockie does not plan to let it go uncelebrated. 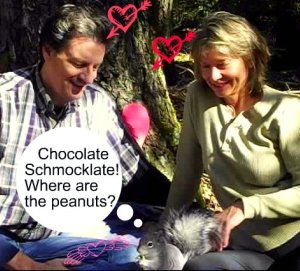 This is video #6 in the Rockie the Rescue Squirrel and Plant-Based Fitness Mascot video series.  Now happily hopping around in the woods surrounding our house since late summer 2011, Rockie comes by almost every day for sunflower seeds, backrubs, and most importantly, her beloved peanuts.

You can see all of Rockie’s previous ‘films’ archived here:

Friday, July 20th, 2012
Rockie, who became an overnight sensation and quickly claimed fame as the plant-based fitness mascot, is now a year old.

Tuesday, April 24th, 2012
She was gone for awhile and now she’s back! And she was here a few minutes ago too, promoting her read the rest
Rockie returns!

Monday, January 23rd, 2012
Rockie, in the event you are late to the story, is the infant squirrel we found crawling around helplessly on read the rest 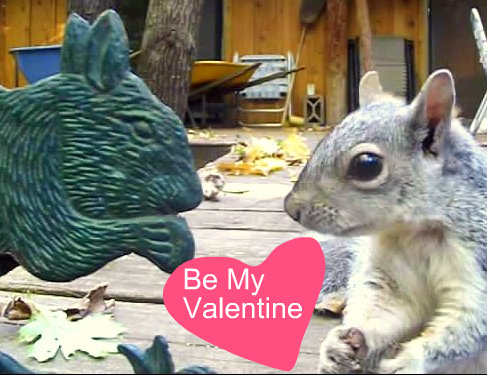 Everyone can use a muse on Valentine’s Day!