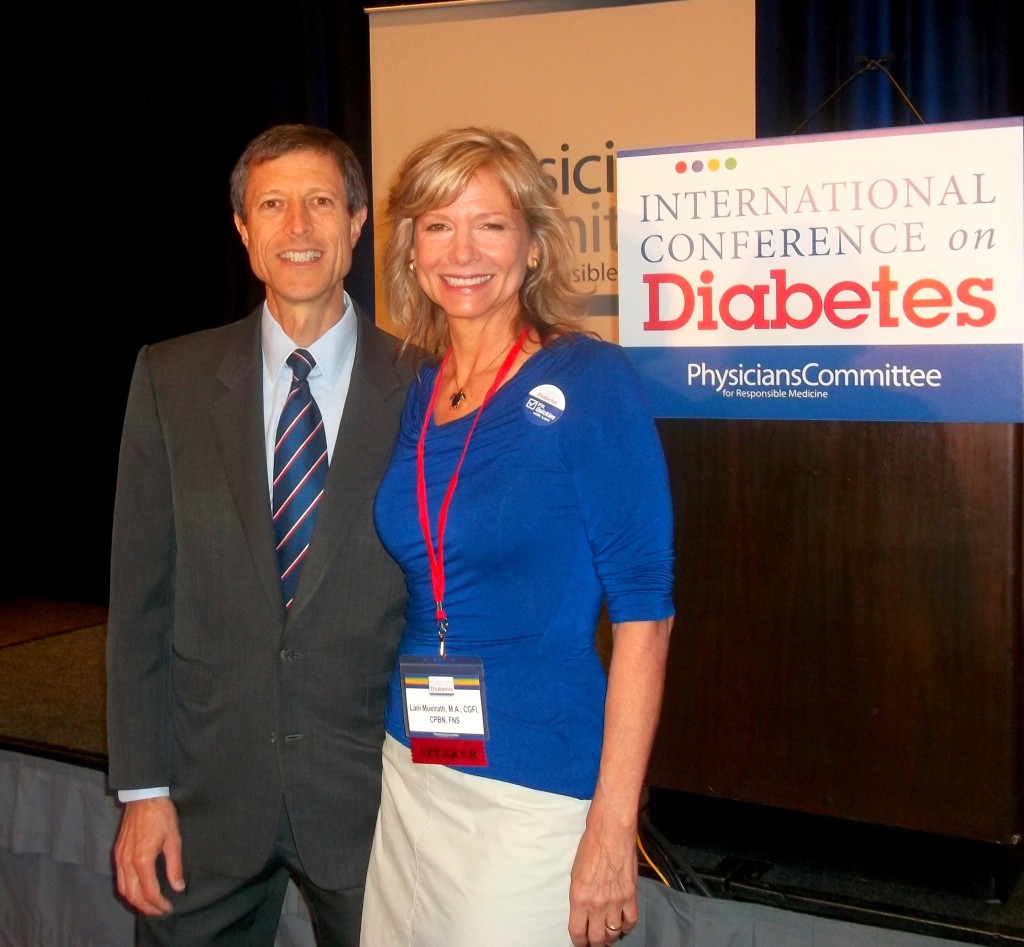 Dr. Neal Barnard invited me to present at this year’s International Diabetes Conference in Washington, D.C.

The trail to D.C. was decorated with three good omens. 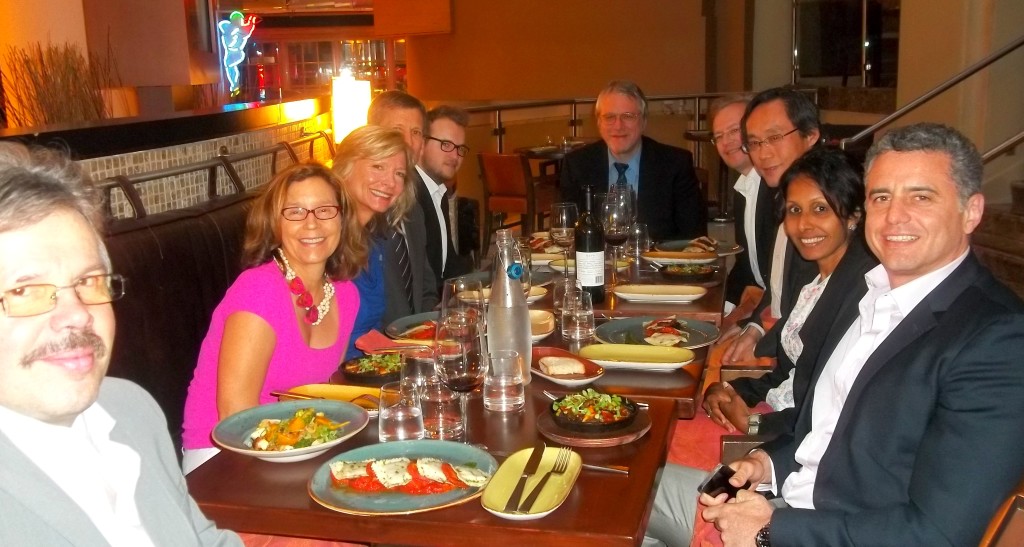 First, getting onto the plane in San Francisco for the flight across country – as lines snaked past each other to board – I overheard a short conversation, catching it midstream –  “…I used to be the same way!  But this is anti-anxiety, anti-depressive, and it really works!”

Of course I assumed – as I’m sure do you – that she was talking about a plant-based diet.

Then, upon stepping onto the plane, from the back, one of the flight attendant’s head looked like – I swear –  a big bunch of bok choy. 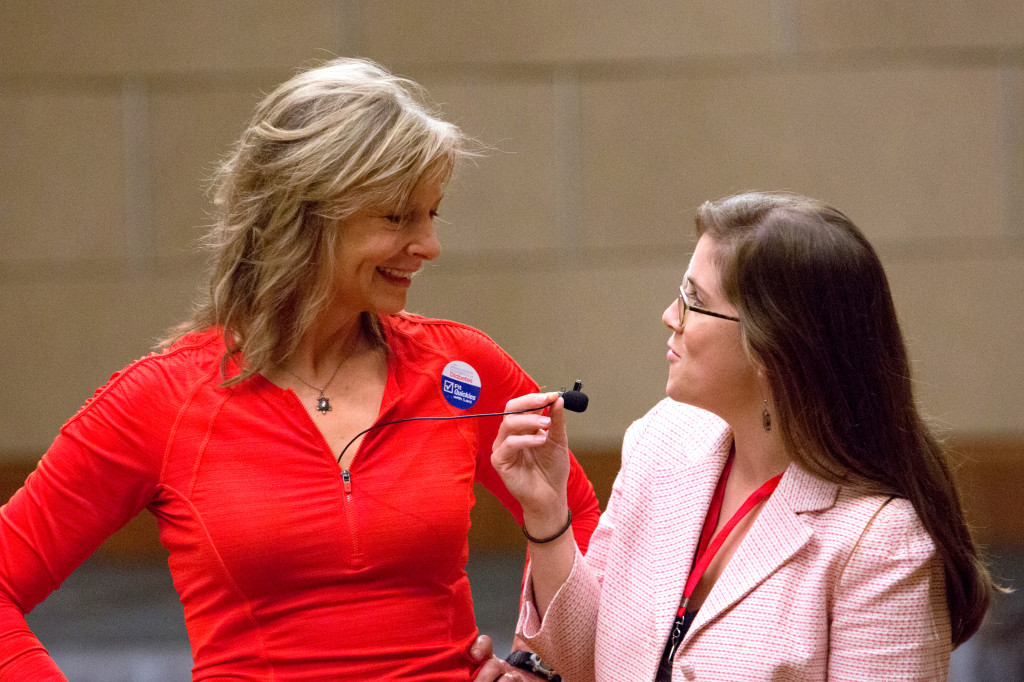 With PCRM’s Jill Eckart right before a Fit Quickies presentation at the Conference. photo: Steve Shapiro

Finally, when I checked into the gorgeous Grand Hyatt downtown DC, where the PCRM International Conference on Diabetes was set to take place, the agent checking me in, Elizabeth, in saw that “diabetes conference” was in the notes next to my room reservation.

“I just got out of the hospital yesterday!” she said.  “I was admitted two days ago for chest pain.”  She had been released with medication and the advice to “eat less fat.”

She told me she was terrified and didn’t know where to turn.

Within ten minutes, I had her desk computer bookmarked with five reference pages for PCRM dietary interventions, including a link to Dr. Neal Barnard’s Reversing Diabetes – which I told her was also out on the book table right downstairs in the conference center.

Ecstatic about the good news unfolding before her, Elizabeth demeanor transformed from despair to hope – and she was certain this was some kind of divine intervention. 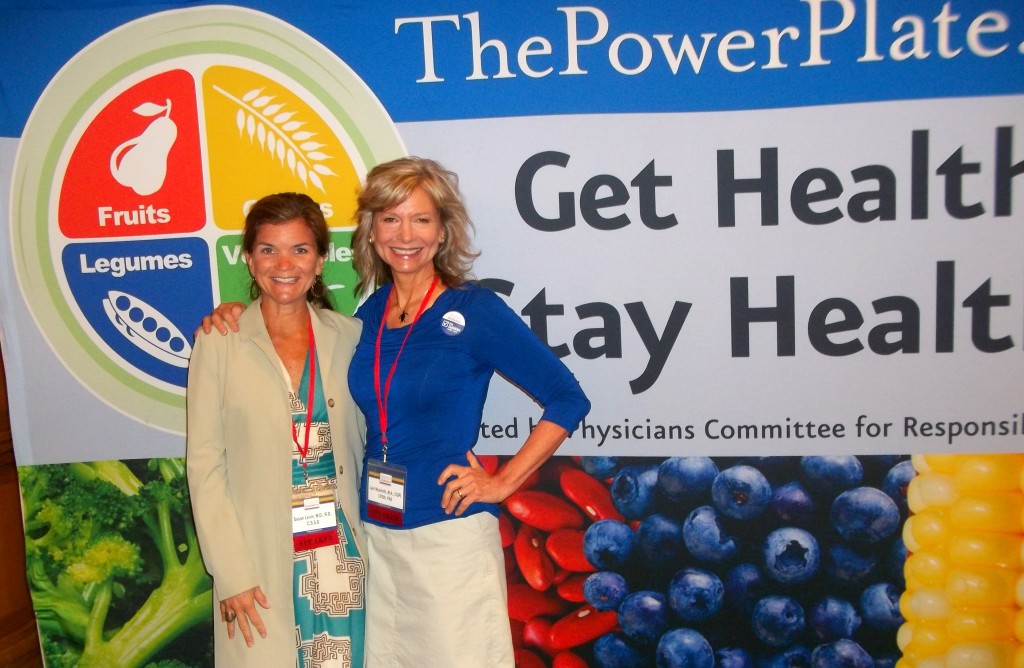 Susan Levin, RD, is my treasured resource for all things plant-based dietitian. We never seem to run out of things to talk about! No wonder she holds such an important position at PCRM!

With the check-in line forming behind me, I told her I would come back later and answer more questions.

But before letting me go, she insisted on giving me a voucher for  the Hyatt’s ultimate breakfast buffet and passage to the Embassy Club on the 12th floor.

“Hey,” I told her – “I’m just the messenger!” Yet how exciting to be a part of this timely connection.

The good omens proved to be right on target, as the PCRM International Conference on Diabetes was a highlight of the year – and more.

Leading scientists and physicians from all over the world presented – Switzerland, Austria, Finland, Canada.  I had the honor and privilege of sharing the table and hours of conversation with them at the Speaker’s Dinner.

Harvard’s Dr. Frank Hu, presenter and committee member for the U.S Dietary Guidelines, sat across the table from me at dinner and was open to all of our queries and questions behind the sub-committee scenes.  Particularly noteworthy – among many other things – is the fact that the 2015 guidelines will (hello!) make mention of the environmental impact of our dietary choices. 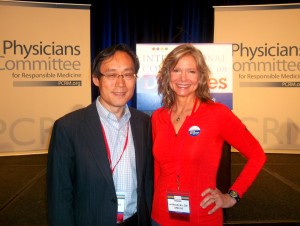 Dr. Frank Hu is on the exclusive committee for the U.S. Dietary Guidelines and was generous with answers to my (many!) questions, which informed the manuscript of my book. Fascinating expert!

This conference was not just a speaking-to-the-choir situation.  As physicians, nurses, and health-care providers could get CEC’s for attending, I spoke with several attendees brand-new or barely-started with a plant-based diet frame of mind.

PCRM also presented a documentary reporting the recent project completed with the Navajo nation with regards to reversal of heart disease.  This project centered in Arizona and was  huge collaborative event between the Navajo’s and PCRM – with great success.  I can’t wait to make the ‘puff’ bread featured in the film!  You can see video (including introduction by  Graham Greene), menu and recipe resources and lots more here:  Healing Diabetes in Indian Country.

I’m still pinching myself that I had this tremendous opportunity – and that I got to share the stage with this stellar team!  The Fit 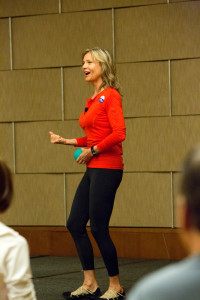 Quickies presentation and activity sessions were even more enthusiastically received better than I’d hoped for.

The Conference was also full of moments and opportunities to connect with friends in the plant-based force from all over the country.

And it was so much fun being four blocks from the White House.

Arriving a day early gave me the advantage of being able to take a run down to the Mall and drop by the Lincoln Memorial, Washington Monument, and all points in between – in some of the most gorgeous weather Washington D. C. has ever seen in July.  The Metro made it easy to train out to dinner destinations with friends.

This event couldn’t have come at a better time.

Though it landed right in the last ten-day push to manuscript deadline – The Plant-Based Journey was due to my publisher at Ben Bella Publishing August first – it couldn’t have come at a better time.

The conversations with the experts that took place informed some key passages of the book, and put me in a perfect frame of mind before the last review of my work before sending it on.

Which I did, a day early. Now begins several weeks of final edits with my editor – can’t wait to get the feedback, as it’s always essential to have another set of eyes on the project.

I’ll let you know how it goes!

Early morning enthusaism as we started the second day of the conference with a Fit Quickies hour – with our custom-made props, aka “PCRM orbs.”  That’s the honorable Brenda Davis, RD, far right 🙂 photo:  Steve Shapiro 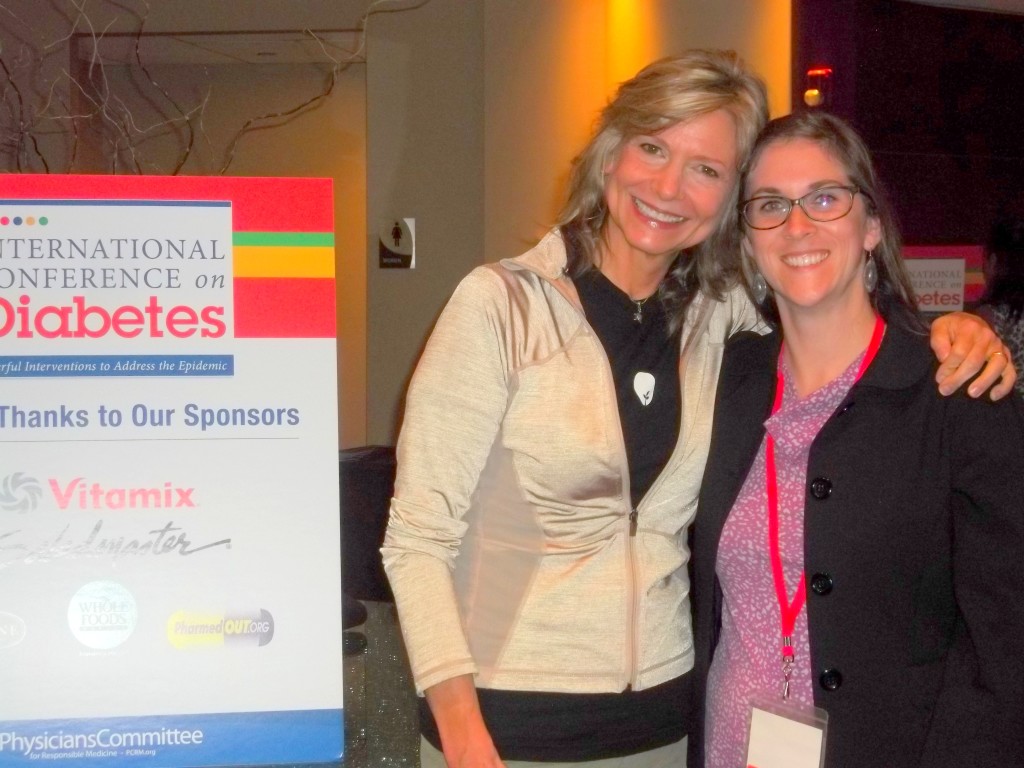 Checking in with the energetic Jill Eckart the night before the conference got underway. 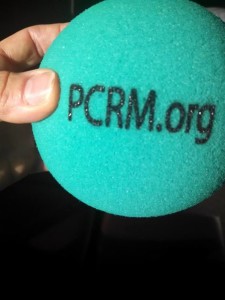 For Fit Quickies props, our “PCRM.orbs!” Too much fun! 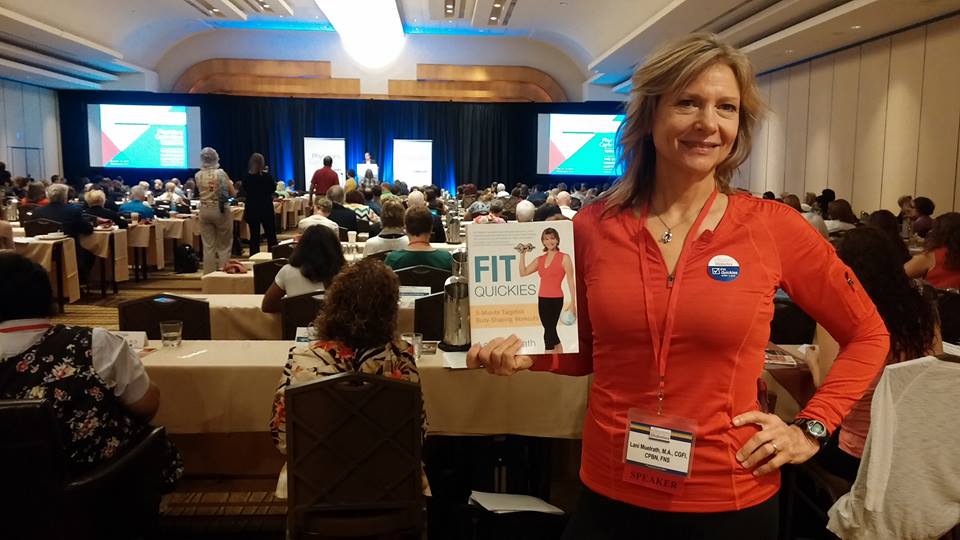