Yay!  It is with great pleasure and excitement that we announce the publication and release of the audio version of The Mindful Vegan:  A 31 Day Plan for Finding Health, Balance, Peace, and Happiness.  The full content of the thirty-one days is recorded in my voice.  The recipes that are part of the book are included as a downloadable pdf and is available from Audible.com. After you purchase the audio book, go to Audible’s library. You will see the link to download or listen to the book as well as a link to download the pdf (in the far right hand column). 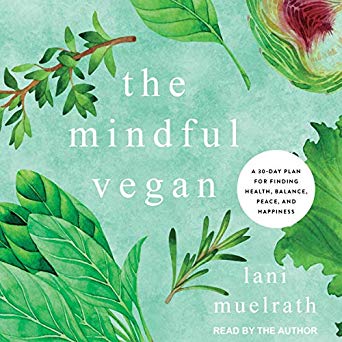 How it All Started

This project got underway a few months ago when Tantor Media purchased the audio rights to my book The Mindful Vegan: A 31 Day Plan for Finding Health, Balance, Happiness, and Peace.

From the beginning – before The Mindful Vegan book was even released – I knew I wanted to have her available in audio version. In addition to the thirty-one companion audios that come with the purchase of the book, this now gives readers an opportunity to hear this important message via high quality audio.

In case you didn’t know, I learned that not all books are automatically produced in audio.  Usually an independent audio agency purchases the rights and develops the project. The agency then hires the ‘talent’ to do the recording.

My Audition For the Part

It may come as a surprise to you that I actually had to audition to do the recording of The Mindful Vegan.  That’s right!  I had to take a selection of the book, record it in my voice, and submit to Tantor Media.  When I thought about it, this makes a lot of sense.  After all, they have no idea what I sound like, what I sound like on recordings, or even if I can read out loud without lots of stumbles.

Fortunately, I got the part.  From there it was a matter of scheduling recording sessions at one of their three affiliate studios.  That gave me the choice of New York, Connecticut, or Los Angeles. As I am in northern California, Mosaic Audio in LA seemed to be the best choice.

Tantor told me to plan on a full week in LA. I was to be in studio recording from morning well into the afternoon every day.  Typically a book the length of The Mindful Vegan would take five to seven days in studio.  You don’t really know until you get started!  It meant that I needed to be sure my flight schedule and hotel reservations were up to the task of flexibility as needed.

I wasn’t sure how it would all go.  Yes, I have done a lot of  recording in my time, being a veteran of creating audio classes, radio, and television.  But I didn’t know how this would transfer to actually being hours in studio. Reading my words out loud. 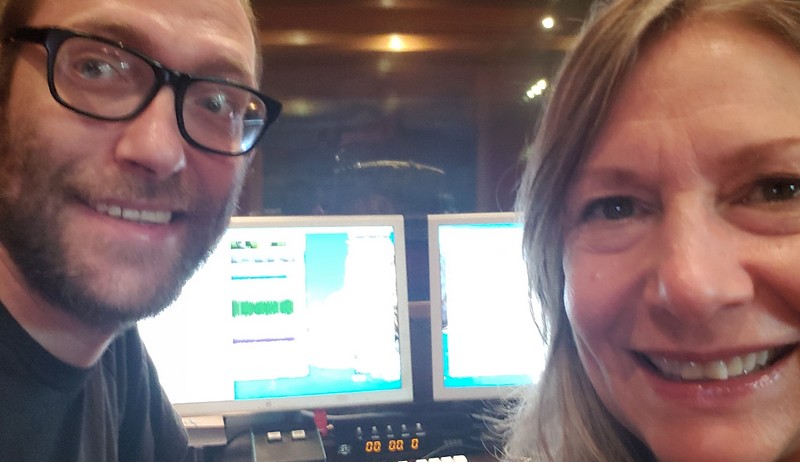 Fortunately, I took to the task right away.  My producer Andrew and I soon got into a fine synchronization that moved things along smoothly.  I credit Andrew for all going as well as it did. Each time a word came out funny, or there was a blip in my voice, or foible of any kind, Andrew would immediately pause the recording, back track a few seconds, play a few of my preceding words, and then I would pick up and go.

Actually, Andrew’s job was harder than mine.  He had to be absolutely, mindfully present for each word that come from my mouth while matching same with the printed word from The Mindful Vegan on the monitor in front of him.  I was a glass wall away in the sound booth, with the full version of The Mindful Vegan that had been loaded onto an ipad for me.

Everything moved along so splendidly that by the end of the day Tuesday – we started on Monday – Andrew told me he thought we would be able to wrap by end of day Wednesday!  That means we were able to do the work in three days time.  And not because I sped things up. As a matter of fact, if I ever started to stray into speedier tempo, Andrew would stop me, and we would back up a sentence or two to bring things back to consistent speed.

If you had been in the studio with me while making this production, you would have seen my arms moving, my hands emoting, my face expressing.  It felt to me like I was with one person, reading the message of The Mindful Vegan to them personally.  It felt very intimate and alive.  My sincerest desire is that this comes across to listeners in the recording.  Andrew reflected on the personal quality of my reading as we moved forward, so I am confident that you will feel the connection, too.

I was originally scheduled to fly to LA to start the recording process on November 11.  The devastating Paradise Camp Fire blew up in our faces on November 8, making it necessary for us to evacuate and flee to refuge in the town of Chico, where cousins generously put us up for two months before we were able to venture back to our home, which is in one of the few neighborhoods to survive the fire. I have shared about the navigating the fallout from the flames before, in Life as a Refugee from the Paradise Camp Fire and After the Camp fire: Symbols of Hope, and Reflections Two Months In (video).

Frankly, I wasn’t sure how I would deal with the intensity of this project in the midst of navigating the deep distress of the fires.  Would I be too tired?  Would I be distracted, vary in focus? We were still staying with relatives as we were not able to return yet to our home. I considered rescheduling. But the project had already been delayed when the fires broke out.  And a part of me thought, perhaps this is just the thing I need to bring some element of pro activity to the situation.  A project I could pour my heart into.

As it turned out, my intuition was right.  I loved every minute of my time in studio.  My focus was strong, my connection with the written material never faltered.  We would work right through lunch, only breaking to refill my tea and snack on some nuts and fruit, to keep the rhythm going for the day. Then when we wrapped for the day I would venture to one of Hollywood’s vegan restaurant options to have my evening meal before getting a good rest before the next day’s work.  I was able to walk from my hotel to the studio each morning. Moving at a good pace, this took about forty-five minutes, so I would arrive exercised and energized for each session.

So, if you are of the audio persuasion, and would like to venture into listening to my reading of The Mindful Vegan, she’s waiting for you on audio.  I notice that Amazon has The Mindful Vegan audio listed as a special free gift if you start a subscription to their Audible service. And you can purchase the audio whether or not you want to subscribe to Audible.

Amazon has also provided a free sample of the audio via the “listen” icon right beneath the book image on The Mindful Vegan book page.  I clicked on the “listen” icon and it brought me into the Foreword by Neal Barnard, MD, in my voice of course.  From there it progresses into the start of the book, the Introduction.

I want to thank all of the readers who have discovered the audio was up and written to tell me about it.  I had been checking regularly to see if it was ready, but it was actually an enthusiastic email from a fan of The Mindful Vegan that let me know she was up and ready at Amazon.  Here is the email I received the other day from Kelly:

I just wanted to express my excitement that the audible version of The Mindful Vegan is available! I have the hard copy and the Kindle version, but never made it past a few days in. I believe the Audible version will be my game-changer. Thank you!
Kelly

Thank you Kelly!  I appreciate your note more than you know.
With love and light to all,

P.S. If you move forward and download the audio version of The Mindful Vegan, I would love to hear about your experience, either in replies below or by email. May it ease your way and be of assistance to you.
P.P.S. Below: what The Mindful Vegan audio “looks” like on computer: 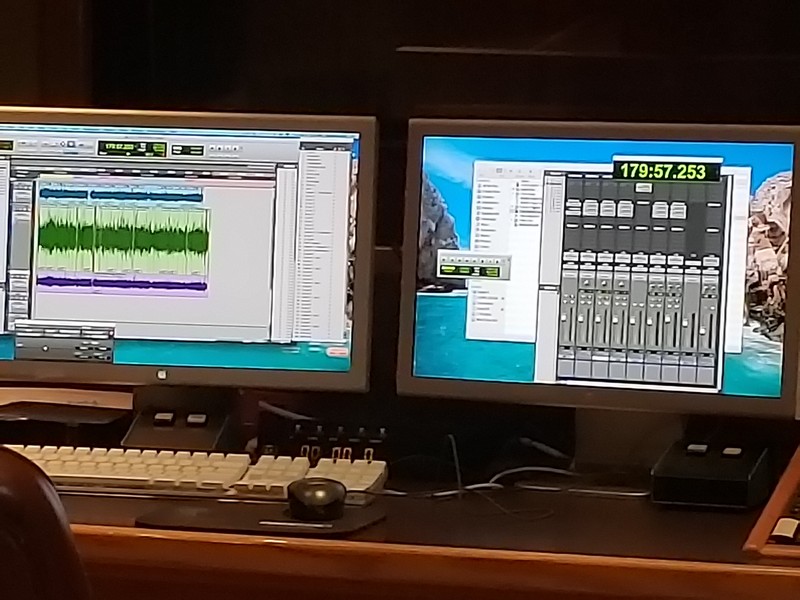