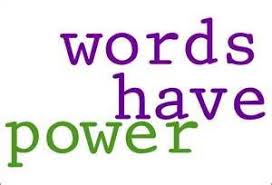 We keep our fingers crossed that the facts themselves will sell people on eating less meat. But the research tells a different story.

People are more inclined to make choices based on the social norm.

So if facts are presented in a way that speaks to that norm in a dynamic way rather than a static way (it’s explained in the video and notes following below) then they are twice as likely to select a veg meal than not.

This clear, easy-to-apply video lesson is a gem I just came across and wanted to share with you right away. It’s already changed some of the language I plan for upcoming presentations.  In this enlightening interview, find out how a simple shift in wording can make a world of difference in how influential you may be in getting people to eat less meat. I look forward to your thoughts in the comments section below.

How to Get People to Eat Less Meat Video Notes

We all know that how you say something can have a completely different affect on the listener.  Either in tone, or by the very words we use, we deepen our connection with others or create a bigger divide.

The same holds true when we are aspiring to advance a cause, hoping to influence others with our words. A common mistake we may be making as advocates and activists for reducing consumption of meat and other animal products can be found in something as simple being mindful of how we organize the words we use. We can be as right as rain with precision on facts and figured – yet the language surrounding our message can have dramatically different results on our ability to influence behavior change.

Are the words vegan and vegetarian helpful or harmful to the quest to reduce society’s ravenous meat consumption?

“A lot of people are motivated by not wanting to hear information that is negative about themselves,” says social change expert Gregg Sparkman. Sparkman is a PhD student in social psychology at Stanford University who specializes in the study of how to get people to eat less meat.

In this interview he takes us through the many fascinating (and often counter intuitive) dynamics of what it takes to get people to measurably reduce their meat intake – and it might not be what you think.

Sparkman talks about social norms in messaging, and in particular his specific field of ‘dynamic norms’ where he proved that simply changing a few words in a message has the proven capacity to double the amount of vegan meal choices.

This knowledge, and developing this skill, is an absolutely must for anyone trying to influence ethical, plant-based or sustainable eating habits. Sparkman explains many crucial psychological concepts often left out of the vegan and vegetarian movement’s attempts to change the world.

Here are the two different ways of conveying the same information, pulled directly from the video and posted here so that you can take a closer look.

Static Norm:  no influence on behaviors

Research has shown that thirty per cent of Americans make an effort to limit their meat consumption.  That means three in ten people eat less meat than they otherwise would.

Recent research has shown that in the last five years, thirty per cent of Americans have now started to make an effort to limit their meat consumption.  That means that in recent years, three in ten people have changed their behavior and begun to eat less meat than they otherwise would.

Armed with the powerful leverage of this simple way of turning a word, the possibilities for influence and connection are limitless.  I’ve been playing with this idea as a way to continue to morph some of the content of speaking presentations that I give regarding transition to plant-sourced nutrition, vegan living, and mindfulness.

The magic lies in making facts dynamic rather than static, showing progression and influence that someone might want to be a part of rather than something that might be stuck in the past.  Being mindful of this simple shift can make a world of difference.