The winner of the random drawing for a copy of Proteinaholic is Cynthia Scott.  Thank you to everyone who shared their thoughts and entered the giveaway, and congratulations to Cynthia! 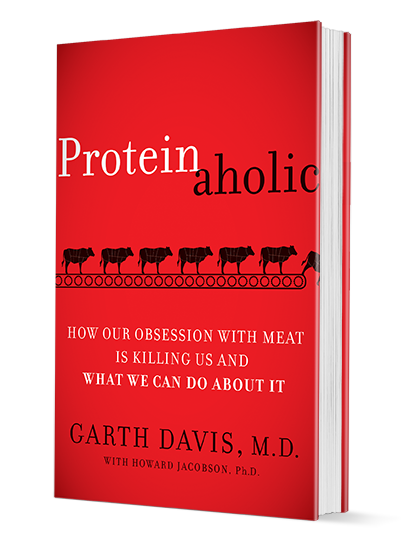 Buried in the back of my closet…

…is a stack of decades-old food journals with the strained remnants of the days when I was tracking the macros a la The Zone Diet – carbs, fat, and protein –  in some hair-brained “ideal” proportion in my quest to somehow achieve the perfect weight.

Not only was this a terrible (and hunger inspiring) way to live, if I knew then what I know now about the downfalls and dangers of building our plates around protein, I would not be in such haste to elevate the status of protein as I did then.

As a matter of fact, from what we now know, the protein pedestal is on a decided tilt – and the madness of our quest for more and more of it is the number one thing I learned in Plant-Based Nutrition Certification school.  Perfect timing for a new book to emerge to shed more light on the pitfalls of excess protein.  Enter Proteinaholic by my friends in the plant-based posse Garth Davis, M.D.

Read on to find out more about this breakthrough book – and how to enter to win a copy of your own.

Proteinaholic illuminates the dark corners surrounding our obsession with “protein – and more of it!”  Released October 6, 2015 –  just a couple of weeks after The Plant-Based Journey – this is one resource I would loved to have referenced in Journey’s bibliography.  If Journey got your obsessed-with-protein cage rattled, Proteinaholic is your next read.

Protein and the health halo effect

Protein is everywhere.  Big deal . So what’s the problem?  In a word, confusion. Some of us eat protein to lose weight. while others lose protein to gain weight. Ponder that paradox for a second.  ~ Proteinaholic, pg. 4

Author Davis – an admitted former proteinaholic – explodes one protein myth after another in this deeply-documented, heavily researched piece of work.  Starting with his own personal story of health challenges, his quest to pound down more protein through the years in his own misguided attempts at building strength and personal health, and moving on to his own moments of awakening surrounding protein and nutrition in general, we get all the intimate details of Davis’ personal protein journey.

As a bariatric surgeon, Davis has  keen interest in helping people achieve ideal weight and ideal health. Previously a self-confessed protein-monger, Davis now advises his patients to switch to whole foods plant-based nutrition, and make a decided move away from compartmentalizing foods into macro-nutrients.  He advises them that the quest to eat more protein to lose weight is actually a big part of their weight – and overall health –  problem.

And he explains why. 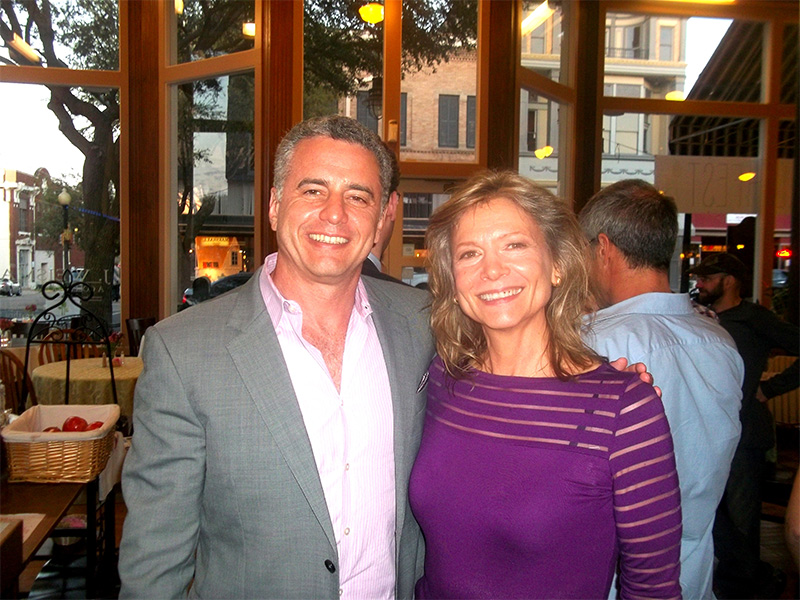 Dr. Garth Davis and I never run out of things to talk about

From Paleo to High Blood Pressure

Davis and Jacobson answer all the questions and will undoubtedly startle you with deeply documented facts about the connections between protein and your health as they address one after another protein and Paleo, diabetes, blood pressure, heart disease, cancer, weight challenges, and the thermogenic effects of protein (not the help-you-lose-weight holy grail you might have heard it to be). And that’s just for starters.

These topics are well-organized into these chunks of book content in Proteinaholic:

Also, Davis and Jacobson have more resources and bonus gifts for you at proteinaholic.com.  Check it out. 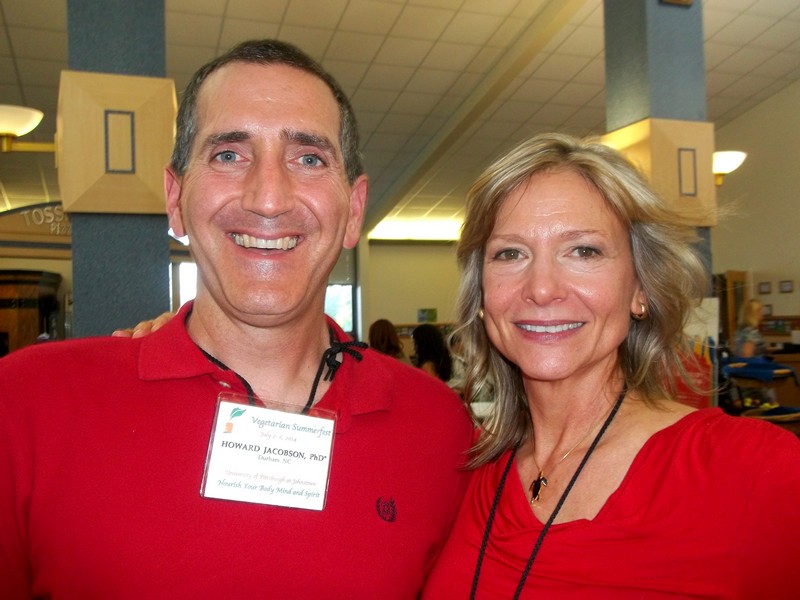 Howard Jacobson, PhD. collaborative writer to Proteinaholic and co-author of Whole also coauthored the Preface to The Plant-Based Journey.

I’m very happy to have Proteinaholic as such a rich reference as I move forward on my own journey of sharing the power of plant-based nutrition. Yet if there were one wish I have about Proteinaholic it is that there were an index in the back of the book.   On a work as targeted as this, with specific points to review when questions come up, having an index at the back would make searching topics much easier.  Also, during the first portions of Proteinaholic, I kept wishing that the facts presented and statements made were referenced with an end note number.  Then, further into the manuscript, facts and figures started to be annotated with specific studies by listing names and dates of research papers as in (name, name, date).  This helped as then I could find the specific references in the back, though my preference is use of end note numbers so that reading a list of names doesn’t interfere with the flow of written content.  That’s my wish list for the second edition!

To win a copy of Proteinaholic (U.S. and Canada only), enter the giveaway in this easy fashion.

In comments below, respond to this question:

Can you name a time in your life that you have been over-zealous about protein? If so, share what started to change your mind about eating excess protein – and if this is the first you’ve heard about the problems of protein, then share that below!

The winner will be randomly selected on October 13, 2015.

Can’t wait to hear your thoughts on the protein problem! 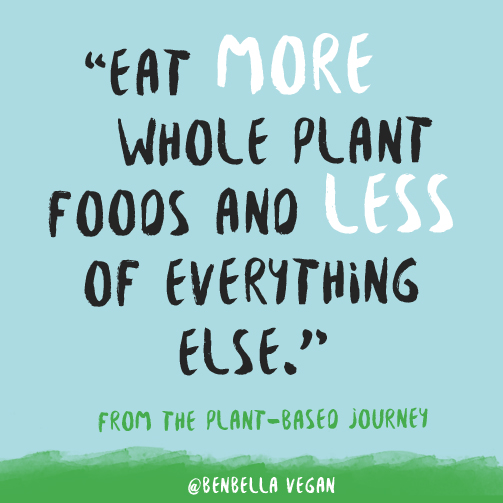