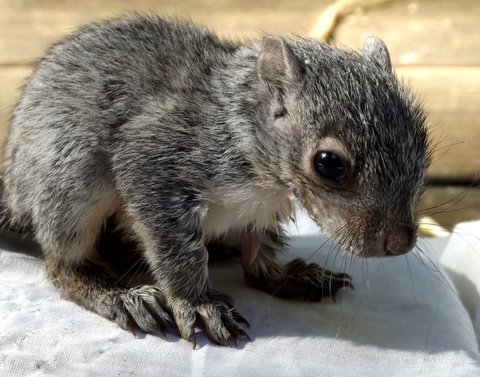 Hard to believe it’s been two years since we found Rockie helplessly scratching her way through the forest floor just outside our home in the woods of Northern California.  If you’ve been following Rockie’s saga, you know that she came to us with eyes barely open, scrawny and weak.

Now, two years later, Rockie has settled into her own digs about 1/4 mile away from our home and comes over several times a week to swing in the hammock with us, enjoy a massage or two, and of course load up on her beloved peanuts.

In the event you’ve missed the Rockie chronicles – a series of 10 films made over the past 2 years by my favorite videographer Greg, here is the lineup.  Settle in for your own Rockie film festival! 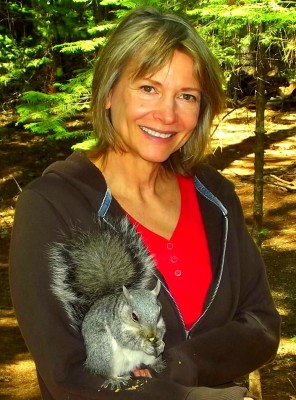 Film #9:  Rockie goes Zen: what the plant-based fitness mascot has to teach us about stress management and being here now

Film #4:  “Rise of the Bushy Tail:  Rockie our squirrel returns!