We just returned from three weeks of travel adventure in Indonesia, where we  journeyed for scuba diving, rainforest hiking, and doing what we always do on our travels – trek to wildlife sanctuaries and preserves to give support, bear witness, and bring back news regarding all. 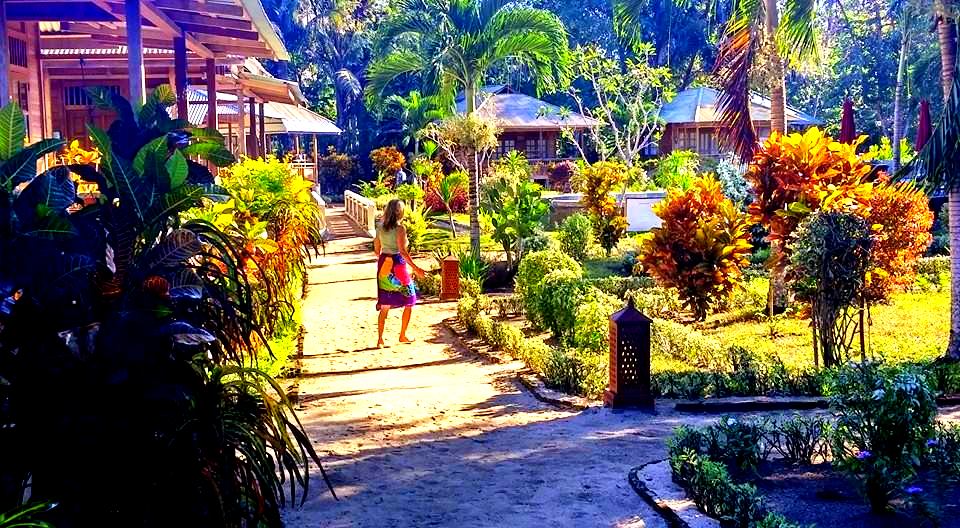 Walking back to bungalow after breakfast, last day here on Bunaken Island, Indonesia. Off to the water and a morning dive with our fine finned friends beneath the waves …the fishes, turtle, shrimps, sharks, corals and all the rest!

Documented in still pictures and video, Greg – my husband and favorite videographer – also adds layers of educational content – whether about the animal species, environment, endangerment, comeback, and local activism to protect them.

It’s part of our passion to bring plant-based living and compassionate plates to a bigger audience.  We can only hope that our travels, videos, and support for preservation action are making a difference.

This time we were in Sulawesi and West Papua New Guinea.

Along with undersea adventure and hiking in the rainforest, we visited local villages and  two sanctuaries, including one sanctuary at the far northern tip of Sulawesi, where orangutans, honey bears, exotic birds and more are intercepted in the wildlife trade through the Phillipines on the way to China for pet trade, Chinese medicine, etc.

Travel is the best teacher. I always return with a fresh arsenal of lessons and shifted or renewed perspective.

Lesson 1:  Get some perspective: most of our daily challenges are first-world problems

There’s nothing like travel in a third-world country to point out how many of our complaints are first-world problems.

We complain about giving up junk food, finding time to exercise, and forty-minute airport layovers.

They worry about keeping a roof over their heads and keeping the family fed.

These travel experiences always shift the lens through which I see things once we return to home. Most of the challenges and frustrations we in the privileged western world experience are, when you think about it, simply minor inconveniences.

By running them through the quick filter of “first world problem” it mitigates their seemingly huge importance. 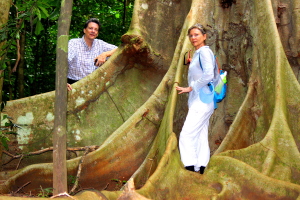 Lesson 2: Eating low on the food chain is the single biggest thing you can do to offset environmental destruction

Without habitat, we have species extinction – including our own. We who do have a choice will make a difference.

This is not a new lesson, yet every time I travel to places such as Indonesia, the urgency of food choices is reinforced.

Video :  Faces of the Indonesia Rainforest

On our travels we make it a central point to visit wildlife sanctuaries and protected areas that we support.

In this next  video, you’ll see our afternoon of adventure following a clan of 50 black-faced macaques – and our encounter with the tarsier, the world’s smallest primate.

This visit to the black macaque and tarsier preserve gives witness to the beauty of these creatures – and the steep survival challenges they face at the hand of humans. 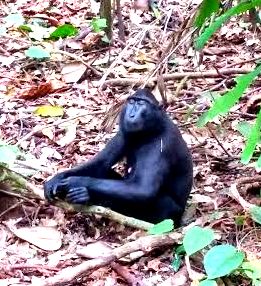 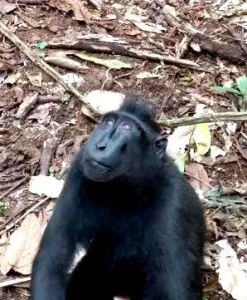 The video includes snapshots of yours truly at our first visit to the orangutan sanctuary in Borneo in 1999. As we walked through the sanctuary, a juvenile orangutan leapt into my arms, clutching my body.  I was terrified! It turned out to be completely a harmless situation.

More reasons to choose broccoli over beef: we know without question that it takes enormous amounts of natural resources to sustain animal agriculture as a source of food. Fifty percent of all the water resources in the U.S., give or take, goes toward raising animals for food.

That means water not only consumed by animals directly, but used in the raising of plants for their consumption as well as the cleaning of farm equipment.

According to The WorldWatch Institute,

Environmental Impacts of Consumption
Calculations show that the planet has available 1.9 hectares of biologically productive land per person to supply resources and absorb wastes—yet the average person on Earth already uses 2.3 hectares worth. These “ecological footprints” range from the 9.7 hectares claimed by the average American to the 0.47 hectares used by the average Mozambican.

While the consumer class thrives, great disparities remain. The 12 percent of the world’s population that lives in North America and Western Europe accounts for 60 percent of private consumption spending, while the one-third living in South Asia and sub-Saharan Africa accounts for only 3.2 percent.

The United States, with less than 5 % of the global population, uses about a quarter of the world’s fossil fuel resources—burning up nearly 25 % of the coal, 26 % of the oil, and 27 % of the world’s natural gas.

and the Cowspiracy fact sheet is a real eye opener with nuggets such as this one:

A person who follows a vegan diet PRODUCES the equivalent of 50% less carbon dioxide, uses 1/11th oil, 1/13th water, and 1/18th land compared to a meat-lover for their food.

In Indonesia, the soil is fertile on the mainland and vegetables, fruits, and an huge assortment of plant products is available in the marketplace.

The poor – most of Indonesia’s population – can scarcely afford more than plant foods, rice, and the quite common and much less expensive than meat tofu or tempeh.  Still, chicken, beef, and eggs are coveted and consumed whenever they can be afforded out of cultural practice.

At the same time, this makes Indonesia a good place for vegans and vegetarians to get a good meal.  Every day it was easy to procure a plate of heaping rice, the ubiquitous water spinach, curried pumpkin or vegetables, and the best tofu and tempeh I’ve had anywhere.

Yet the problems related to eating animals persist.

For example, the endangered black macaque is prized as ceremonial bushmeat. It’s hard to imagine someone seeing these creatures as food.  This shows the extent of the problem.

The problems are obviously complex.  And on a resource poor, crowded tropical island where the people subsist on fish from overfished waters and rice,  they can seem insurmountable.

All the more compelling that those of us in a position to make a choice for plants over animals on our plates.

For more about our food choices, sustainability, and proposed solutions to these problems, see The World Hunger-Food Choice Connection: A Summary.

Lesson 3: Keep living by example, speaking out – and best of all, both

Greg tells me we live in a plant-based bubble.

That most of the world just doesn’t see food, eating, and animals like we do.

This too plays itself out wherever we find ourselves in the world. 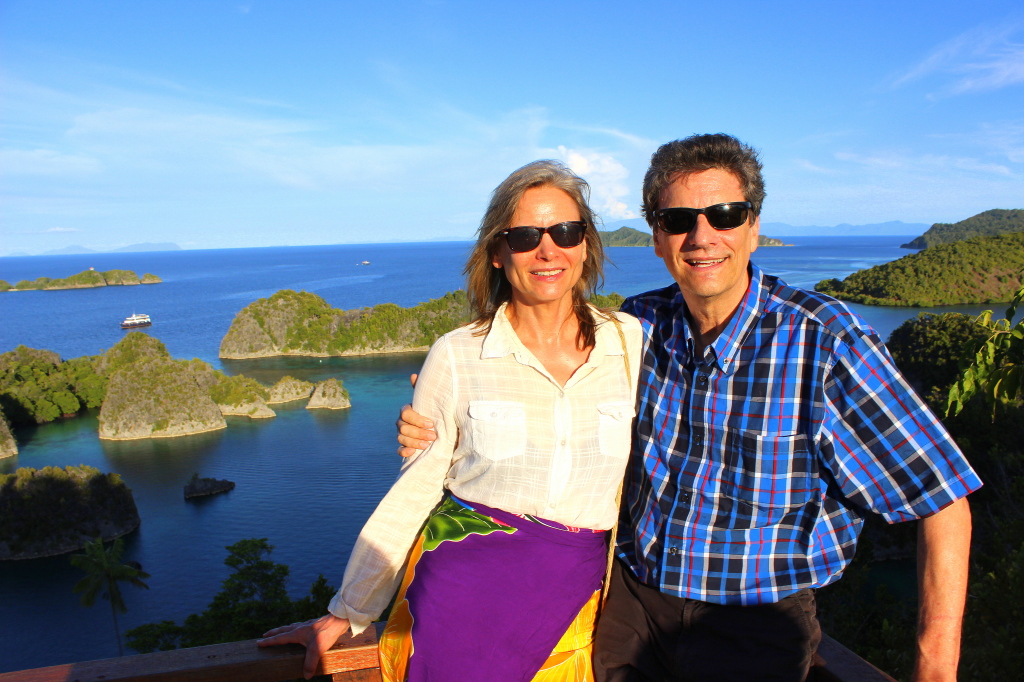 There were only two other people we encountered on our travels to Indonesia who called themselves vegetarian.

One was our divemaster in the waters of Raja Ampat.  Influenced by the heavy presence of Seventh-Day Adventists in Indonesia, he is in it for the health and longevity.

The other was a woman from the U.K. who called herself ‘vegetarian’ yet ate fish, chicken, dairy, and eggs.

Did chicken and fish become vegetables and I didn’t know about it?

Other than that, we met a Canadian currently working and living in Jakarta who philosophically aligns with plant-based yet comes and goes from it because of, in his own words “will power”.

At the same time, he expressed deep interest and great enthusiasm about the forthcoming Plant-Based Journey, and asked lots of really good questions.

Several people we met from the UK, Germany, and Belgium were not familiar with the term “plant based”, though the Belgian new about “vee-jan”.

Though Greg and I were graciously served delicious plant-based fare wherever we went, we were at tables where most people were consuming not just one, but more often than not three different kinds of meat:  usually fish, chicken, and beef.

Shrimp, too – which in my opinion should be outlawed because of the fallout to the sea turtles who get caught in the shrimp nets.

Yet I have hope that our circle of conscious eating will continue to grow. 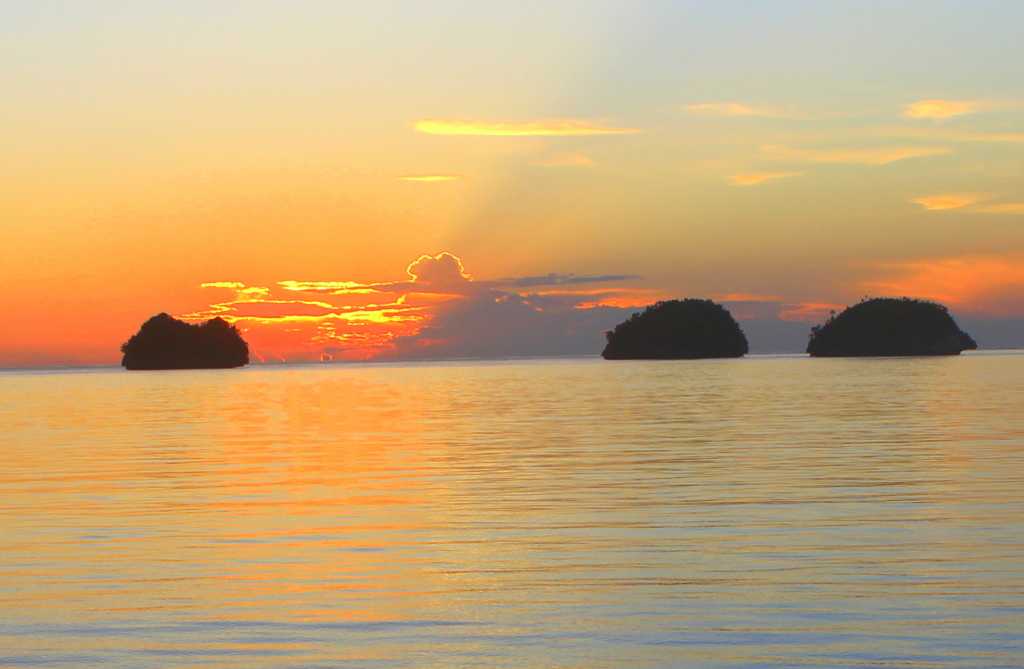 Video:  Undersea odyssey and adventure to the birthplace of our planet’s coral reef 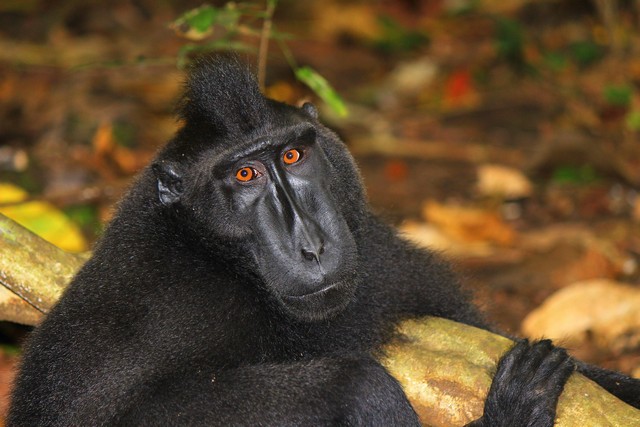